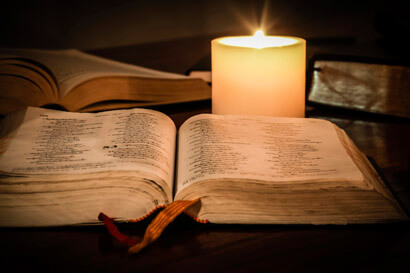 If there is one thing we learn from observing the biblical narrative from start to finish, it’s this: God never really tells a story in a straight line. He loves unexpected twists, turns and ironies. He loves to confound the wisdom of the wise. He loves to do the big things with the little things.

So now man walks through life looking and living completely upside down.

Here we have the second Adam, a man who is sinless. He lives the Godward life. His compass is set to “true north.”

It got him killed.

He would eventually be crucified as, of all things, a blasphemer…a lawbreaker. The one who kept every jot and tittle of the law, would be punished as a lawbreaker.

This Lawbreaker would die, and in so doing would (you guessed it) live forever. This act, according to the Lawbreaker makes everything new. It turns death in on itself so its teeth are broken, its sting removed and its victory revoked. Come to find out, dying kills death! Laying down one’s life is how one saves it.

So, in this world turned upside down, we are made to see aright. We are told to “repent” (that is, to turn around) and “die,” which is actually living because everything we’ve been taught in our messed up, twisted world was wrong.

A little child has led us. He teaches us a different way of looking at the world, thinking about the world and living in the world. He shows us right side up.

Around the table, talk about what living a “Godward life” looks like…and what it may cost.