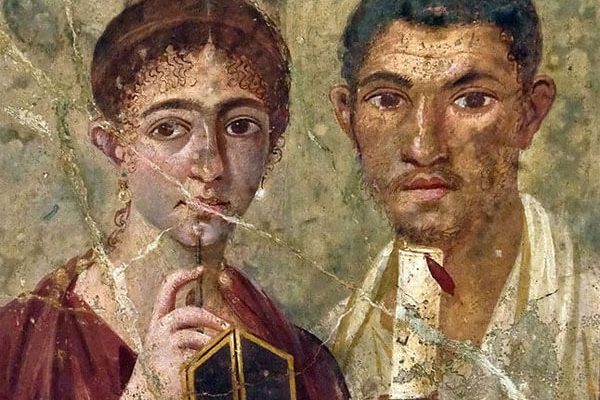 “Why are we learning a dead language, Mrs. Baker?”  I smile and then take a moment to pause for a deep breath, because I have heard this same question repeated many times before.  As I gaze around the classroom at the sweet, upturned faces eagerly awaiting my response, it becomes clear to me that the last thing they care to know is how much their knowledge of Latin will help strengthen their English vocabulary.  Oh sure, they may appreciate it later on, when reading classical literature at the rhetoric level or in college. I suspect they will definitely thrill at the impact it will have on their scores on the college boards; but, for now, those things seem so far removed. They are simply vague, nebulous notions to most middle school students.  As an educator, I know the inherent value of the discipline and focus that the students are honing in my classroom as they struggle to translate passages of Latin text. I understand how those analytical skills will apply in so many areas of their lives and serve them well as they progress through their education; however, again I suspect my students will not be persuaded by this argument either.

Rather, I consider the extraordinary creativity of God – His process of creation and recreation – and I proceed with my attempt to explain to our students how Latin is a little bit like God.  We cannot always see God, but we know He is there – in everything. Latin is a bit like that.  Although we do not actively speak it and we may not see it, it is there – in many things.  The roots of Latin exist not only in our own language, but also in many others, like French, Italian, Spanish, Portuguese, and Romanian.  Rome still casts its shadow on the western world in numerous ways.  The calendar we use, roads we drive on, our legal system, sewer systems, stadiums, alphabet, concrete and mortar, and central heating all have their roots in Rome.  Yet above all of these, it was during this time that God chose to bring His Son into the world to save us.  God chose to birth His church under the pagan rule of the Roman Empire; using their own infrastructure – their common language, ease of travel across borders, and their roads and bridges were vital to spread the message of the Good News to a world oppressed and eager to hear it.

In the introduction to his book, The Devil Knows Latin, E. Christian Kopff writes, “When Martin Luther called upon the councilors of the German cities to found and maintain Christian schools, he wanted the schools to teach the Sacred Tongues: Hebrew, Greek, and Latin.  ‘The languages are the sheath in which the sword of the Spirit is lodged,’ he explained… Studying the ancient tongues allows us to hear our ancestors talking and thinking.  We cannot return to their day and age; we can, however, still share their education.”

My prayer is that, through their study of Latin, not only will our students develop important language and analytical skills but also come to appreciate God’s plan for His creation, His timing, and His incredible ability to use all things, from the ancient Romans to those of us here at CCS, to bring about His kingdom here on earth.   Explaining this to the seventh graders brought me tremendous joy.

In our Grammar School, the benefits of Latin have been rediscovered, and there is a renaissance taking place through our curricula. Try this exercise: type in “benefits of learning Latin” into your search engine, and pages of websites explain the scores of reasons why Latin is so important, and how it integrates into every core subject.  Based on this, we gathered empirical evidence from the fifth grade students.  Do you want to hear firsthand from them on how studying Latin has helped them in their learning process in school and life?  Here is a small sampling of their responses.

The overriding theme of these fifth grade responses is that by learning Latin, they can make better sense of the world in which they live.  Since Latin words are found everywhere, they gain a sense of familiarity with the world, and that brings a sense of security and comfort.  The benefits of learning Latin take on a whole new meaning when seen through the eyes of our young students.

Whether you are a seventh grader or a fifth grader, students will reap the many benefits of studying Latin.  Latin is not a “dead” language at CCS, rather a rich depth and far-reaching study that is culturally relevant, impactful, and exciting.  Latin speaks loudly at CCS!