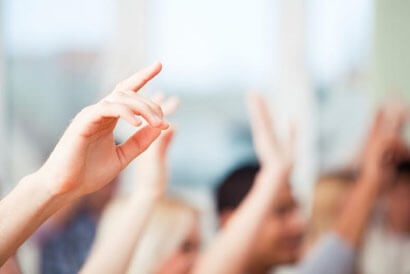 Having taught at Cary Christian School for fourteen years, I have had the pleasure of teaching, at one point or another, almost every graduate of CCS.  As the number of alumni increases each year, and as I get to see them return for homecoming games, breaks and weekends, I love to hear their stories of how things are going.  I am especially happy when I see them walking in the door with a box of Bojangles’ and a Cheerwine!

I heard an interesting story a few months ago from a different source. I was talking with a colleague from another high school when he mentioned that he recently heard a story involving one of my former students from one of his former students. It turns out that these two former students share a freshman seminar class at Appalachian State University. In this small discussion-oriented class, the students encountered a professor they had both heard about at their respective Christian high schools: a dyed-in-the-wool, real life, antagonistic atheist.

My friend’s former student described the class as extremely challenging, both intellectually and spiritually. Of course, the professor was intelligent and well read. Additionally, he seemed interested in challenging the Christian truth claims at any and every turn, specifically challenging students who he knew were professing Christians.

When my friend asked his student if she felt prepared for college, her response was interesting. “Oh yes, I feel like I was well prepared for college…except in one way. I didn’t know how to handle that professor. I didn’t know how to respond to his accusations, his arguments and his questions against my faith.” “But,” she said, “there was one guy in that class who did. He’s a CCS grad.”

“He wouldn’t back down,” she said. “He knows what he believes, why he believes it, and how to articulate it. He was not intimidated by the Ph.D. behind the professor’s name.” According to the young lady, this CCS Alumnus was able to discerningly detect false assumptions and improper conclusions while winsomely and articulately contending for the truth in this freshman seminar.

What a great story to hear! To know that our students are out there pursuing further training and growth in their callings (“Vocation” from the Latin  vocas, meaning to call) while contending for the faith in whatever context they find themselves: this is gratifying stuff. This is why we do what we do.